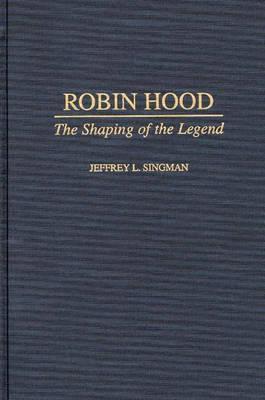 Robin Hood: The Shaping of the Legend

Among the narrative traditions of the Middle Ages, the Robin Hood legend holds a unique, important, and often overlooked position. Robin Hood's uniqueness and importance begins with his status as the only English contribution to world mythology. His is also the only lasting myth to arise from the High Middle Ages and the last Western legend to achieve a sustained international appeal. Several Robin Hood ballads survive from the Middle Ages, and from the 15th to the 17th centuries he figured prominently in folk drama. Since then, he has appeared in numerous proverbs, placenames, operas, novels, children's stories, films, and television series. A tale told so often must be profoundly significant to the society that retells it. Yet in spite of its importance and popularity, the legend of Robin Hood has received surprisingly little study. This book overviews the genesis and development of the Robin Hood legend from the Middle Ages to 1700.As is appropriate for a work that bridges the divide between the worlds of fiction and history, this volume incorporates the strengths of both historical and literary approaches, respecting both the circumstances of the historic setting and the legend's status as a fictive creation. The principal focus of the book is the interaction between the text and the social context in which the legend arose and developed. The first two chapters examine the early Robin Hood tradition, including the initial nondramatic manifestations of the legend and the later dramatic representations. The volume then looks at the transformation of the legend in the 16th and 17th centuries and considers how the various elements of the legend interacted with each other and with society as a whole.