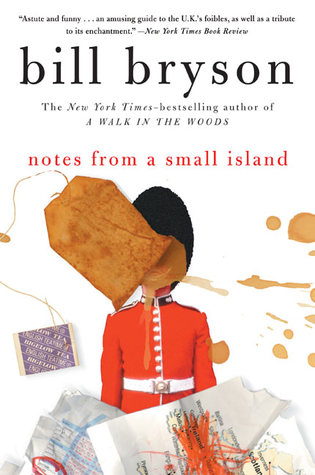 Notes from a Small Island

"Suddenly, in the space of a moment, I realized what it was that I loved about Britain-which is to say, all of it."After nearly two decades spent on British soil, Bill Bryson - bestselling author of The Mother Tongue and Made in America-decided to return to the United States. ("I had recently read," Bryson writes, "that 3.7 million Americans believed that they had been abducted by aliens at one time or another, so it was clear that my people needed me.") But before departing, he set out on a grand farewell tour of the green and kindly island that had so long been his home.Veering from the ludicrous to the endearing and back again, Notes from a Small Island is a delightfully irreverent jaunt around the unparalleled floating nation that has produced zebra crossings, Shakespeare, Twiggie Winkie's Farm, and places with names like Farleigh Wallop and Titsey. The result is an uproarious social commentary that conveys the true glory of Britain, from the satiric pen of an unapologetic Anglophile.