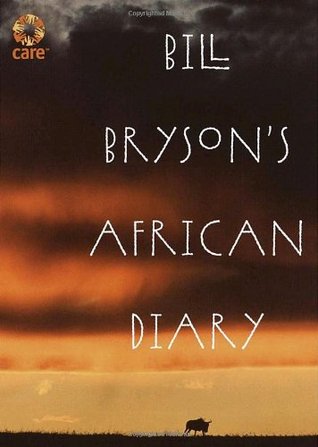 In the early fall of 2002, famed travel Writer Bill Bryson journeyed to Kenya at the invitation of CARE International, the charity dedicated to working with local communities to eradicate poverty around the world. He arrived with a set of mental images of Africa gleaned from television broadcasts of low-budget Jungle Jim movies in his Iowa childhood and a single viewing of the film version of Out of Africa. (Also with some worries about tropical diseases, insects and large predators.) But the vibrant reality of Kenya and its people took over the second he deplaned in Nairobi, and this diary records Bill Bryson's impresssions of his trip with his inimitable trademark style of wry observation and curious insight. From the wrenching poverty of the Kibera slum in Nairobi to the meticulously manicured grounds of the Karen Blixen house and the human fossil riches of the National Museum, Bryson registers the striking contrasts of a postcolonial society in transition. He visits the astoundingly vast Great Rift Valley; undergoes the rigors of a teeth-rattling train journey to Mombasa and a hair-whitening flight through a vicious storm; and visits the refugee camps and the agricultural and economic projects where dedicated CARE professionals wage noble and dogged war against poverty, dislocation and corruption.